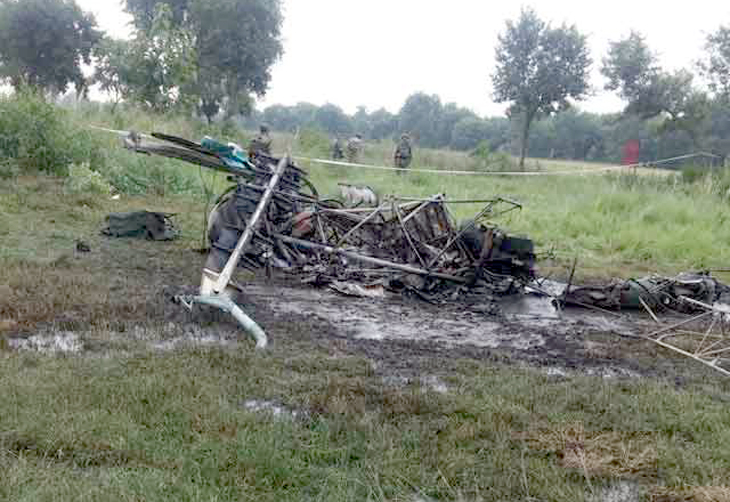 The crash occurred around 10.30 a.m. near the helipad inside the Sukna military base.

“It was a routine mission operating from Sukna and the crash happened when the chopper was coming in to land,” the spokesman said.

An inquiry has been ordered.

The Cheetah helicopter was returning after completing a reconnaissance flight from the forward area.