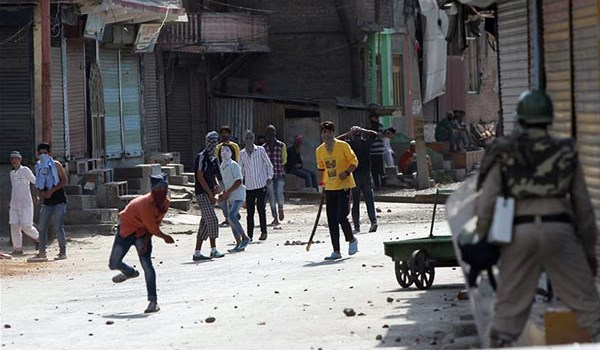 Srinagar : Three protesters were killed on Tuesday in clashes between mobs and security forces in the Kashmir Valley, police said. A 24-year-old youth identified as Shahid Ahmed was killed in Shotian district when a mob attacked security forces after Eid prayers. Jallaluddin, 45, died of a heart attack during a clash with police in Awantipora town of Pulwama district.

Police said a tear smoke shell fired at the protesters abruptly dropped into the mosque where Jallaluddin died. Earlier, another youth, Murtaza, 25 was killed in clashes in Bandipora district. Authorities have imposed curfew in all the 10 districts of the Kashmir Valley in a bid to prevent violence.

No major Eid congregation was allowed anywhere. The total toll in the ongoing unrest in the valley — sparked off by the July 8 killing of Hizbul commander Burhan Wani — has now risen to 86, according to police.