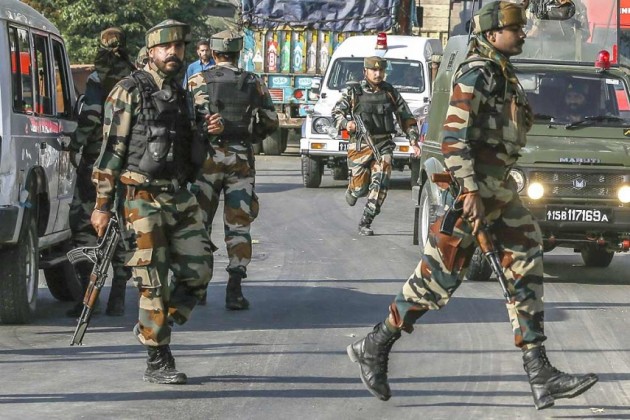 Srinagar, 23 Feb 2017 : Militants ambushed an army convoy in Shopian district of Kashmir on Thursday, killing three soldiers and a woman.

The militants attacked the security forces party which was going for a cordon and search operation in Chittargam area of Shopian, a police official said.

He said three army personnel were killed in the attack while a woman – Jana begum – died after getting hit by a stray bullet.

Five other army personnel were injured in the attack.

Further details of the incident are awaited.