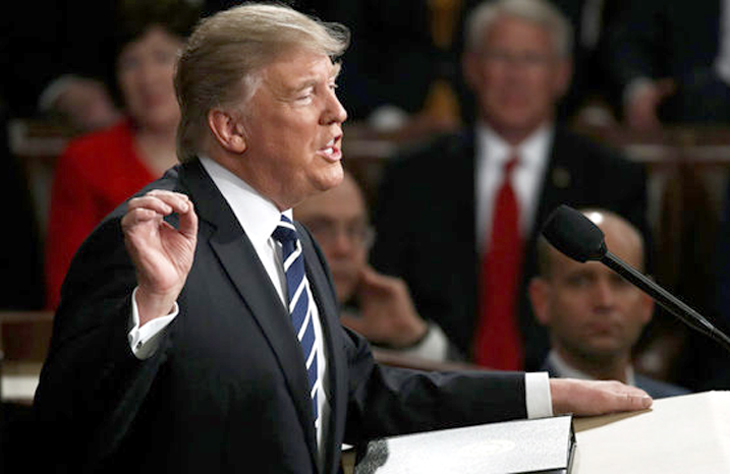 Washington, 1 March 2017 : President Donald Trump has denounced the killing of an Indian techie in Kansas and endorsed a “merit-based” system focused on allowing high-skilled workers into the US.

Trump began his first address to Congress at the Capitol Hill on Tuesday by condemning the fatal attack on Srinivas Kuchibhotla, saying the country “stands united in condemning hate and evil”.

“Last week’s shooting in Kansas city reminds us that while we may be a nation divided on policies, we are a country that stands united in condemning hate and evil in all its forms,” he said.

A White House spokeswoman said the shooting appeared to be “an act of racially motivated hatred”.

“The President is keeping the family of the victim, who was senselessly killed, in his thoughts, and we’re praying for the full and speedy recovery of those wounded,” Trump’s Principal Deputy Press Secretary Sarah Sander said.

“We want to reiterate that the President condemns these and any other racially — or religiously — motivated attacks in the strongest terms.”

In his highly anticipated State of Union address, Trump also acknowledged the recent surge in threats against Jewish institutions and desecration of their cemeteries.

In a move that could benefit Indians, the President called for adopting a merit-based immigration system.

He said the US should give out green cards using a merit-based system similar to those of Canada and Australia. “Such a system will save countless dollars and raise workers’ wages.”

By not following such a system, he said the US was “straining the very public resources that our poorest citizens rely upon”. However, Trump made no mention of those working in the US on temporary professional work visas known as H-1B.

The Affordable Care Act, signed by former President Barack Obama, was designed to increase health insurance quality and affordability, lower the uninsured rate and reduce the costs of healthcare.

He also vowed to take a hard line against “radical Islamic terrorism”.

And the President paid a moving tribute to Ryan Owens, the US Navy SEAL team member killed in the January 27 raid on a suspected Al Qaeda compound in Yemen.

“Ryan died as he lived: a warrior, and a hero, battling against terrorism and securing our nation,” Trump said.

Carryn was seated next to Trump’s daughter Ivanka and received repeated applause even as she was moved to tears.

The President, stepping away from decades of US insistence on engineering the world according to its perceptions, said his job was not to represent the world but to put America’s interests first while respecting the right of nations to chart their own course.

Presenting a gentler version of his America First policy, he said Washington will “respect the sovereign rights of nations”.

“Free nations are the best vehicle for expressing the will of the people — and America respects the right of all nations to chart their own path.”

The US President also spoke about increasing military spending.

“I am sending the Congress a budget that rebuilds the military, eliminates the Defence sequester, and calls for one of the largest increases in national defence spending in American history,” he said. 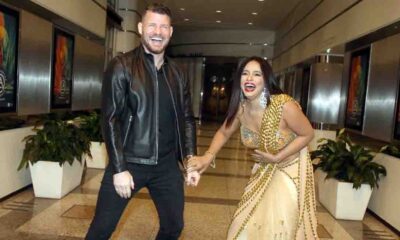