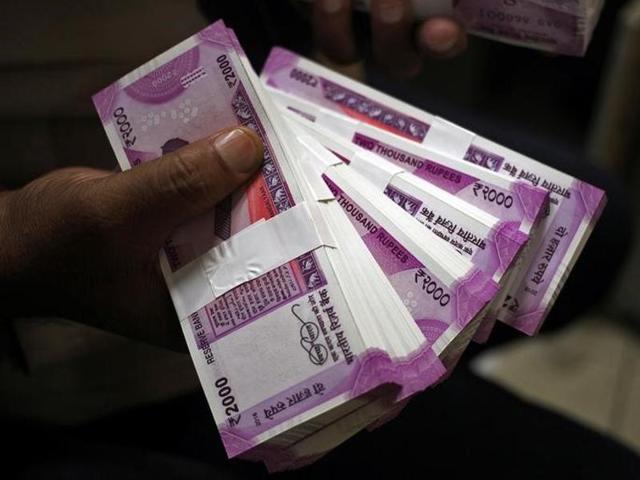 Ajit Pal Singh, 41, and Rajender Kumar, 51, both residents of Pitampura in Delhi, were arrested by a team of Delhi Police Crime Branch. They worked for an industrialist, Sanjay Malik, who owns a pharmaceutical factory in Baddi, Himachal Pradesh.

“The cash which Rajender and Ajit took from Mumbai belonged to Malik. He got his money (old notes) changed and also took commission from acquaintances. So far about Rs 1.5 crore of new currency has been brought from Mumbai,” Yadav said. Both Kumar and Pal told interrogators there are many agents and sub agents dealing in new currency and gold.

The two were apprehended outside the station with the cash, while waiting for a car driven by Malik’s employee Rajiv Thapa, the police officer said.

They travelled from Bandra to Delhi in the Sampark Kranti Express without ticket or any other valid identity card. They carried the Rs 27 lakh in new currency in a bag.

Pal works in Malik’s company, while Kumar received Rs 5,000 salary from Malik. He used to live in Malik’s residence in Pitampura. Both do not have any PAN card, police said.

The Income Tax Department and Intelligence Bureau officials, along with a team of the Crime Branch personnel, are jointly interrogating them, Yadav added.

“The police is looking for Sanjay Malik and other agents in Mumbai who are involved in this syndicate,” Yadav said.