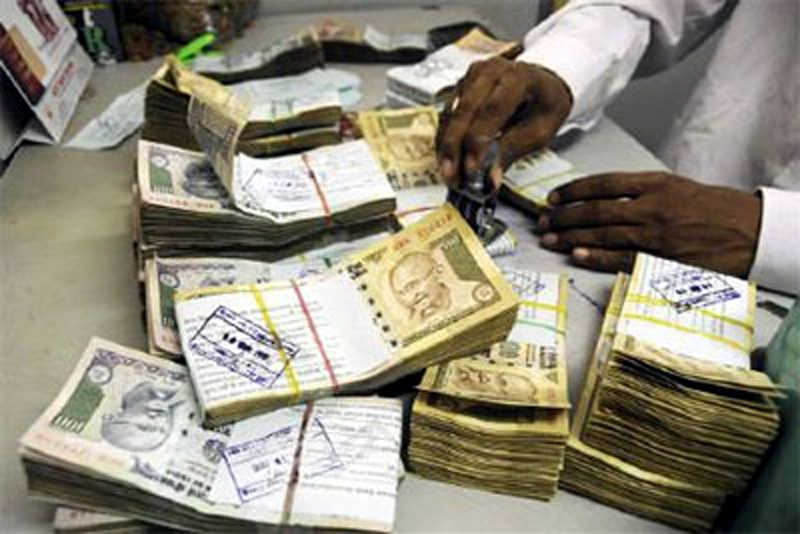 New Delhi, 25 Nov 2016 : A minimum of 50 percent tax may be levied on unexplained bank deposits made using the banned currency notes up to December 30 along with a 4-year lock in period for half of the remaining amount under the amendments to tax law the government plans to bring in Parliament shortly.

However, a higher 90 percent tax and penalty could be imposed if assessees do not declare the unaccounted cash voluntarily.

Cash deposits made using the scrapped 500 and 1000 rupee notes above a threshold that are declared to Income Tax authorities may attract 50 percent tax, as per the amendment to the Income Tax Act approved by the Cabinet last night.

Half of remaining deposits, or 25 percent of the original deposit, will not be allowed to be withdrawn for four years, top sources said.

In case such deposits are not declared and are detected by tax authorities, a total of 90 per cent tax and penalty would be charged, they said.

The government had after the shock demonetisation, given a 50-day window beginning November 10 for either depositing the 500 and 1000 rupee notes in circulation or exchanging them for new currency.

While the exchange, which was limited to a maximum of Rs 2,000 per person, has been withdrawn, all old notes without any ceiling can be deposited in bank accounts.

This, sources said, had led to a surge in bank deposits, particularly in zero-balance Jan Dhan accounts that swelled by over Rs 21,000 crore in just two weeks, raising suspicion that these accounts may have been used to launder black money.

While the tax authorities had talked of levying a peak rate of tax and 200 percent penalty on top of it for any unexplained deposit above Rs 2.5 lakh during November 10 to December 30 period, it was felt that such a move may not have legal backing.

To plug those loopholes, the Cabinet is believed to have yesterday approved amending the Income Tax Act by adding a clause in one of the sections to provide for the tax on an unexplained income during the window, sources said.

The government plans to bring the amendment for approval during the ongoing winter session of Parliament.

Sources said the demonetisation was a big step to uproot black money and corruption but its very purpose would have been defeated if the ill-gotten wealth made way into the system through benami deposits.

And taxing them was a way to punish dishonest people.

The tax rate however cannot be the same as charged to honest tax payers. It also could not be the 45 percent tax and penalty charged on hereto undisclosed wealth brought to books using a one-time compliance window under the Income Disclosure Scheme (IDS) that ended on September 30.

Sources said since the black money holder did not utilise the government offer to declare his ill-gotten wealth, he should pay a higher rate of tax now and curbs placed on use of that money.

The 60 percent tax and penalty had been charged on disclosure of foreign black money scheme last year.

Sources said the government is keen to root out benami deposits, particularly in Jan Dhan accounts.

The government is likely to introduce the amendments to the Income Tax Act in Parliament on Monday or Tuesday after seeking President’s nod.

Government, they further said, is also contemplating coming out with a bond in which the 25 percent ‘lock-in’ money would be parked and can be withdrawn after 4-years by the depositor.

Out of the additional taxes on unexplained and undisclosed deposits, government will create a fund to build rural infrastructure, they added.

Prime Minister Narendra Modi’s November 8 shock ban on high-denomination currency notes had swept away 86 percent of the currency in circulation in the biggest-ever crackdown on black money, corruption and counterfeit currency.

The move had led to Rs 14 lakh crore worth currency being withdrawn from circulation.

The sources said the government wants all of the 500 and 1,000 banknotes to be deposited and not burnt or destroyed for the fear of penal action.

The Income Tax Department had previously warned that cash deposits above Rs 2.5 lakh threshold post demonetisation decision could attract tax plus a 200 per cent penalty in case of income mismatch.

It was stated that the department was tracking all cash deposited during the period of November 10 to December 30, 2016, above a threshold of Rs 2.5 lakh in every account.

This had instilled fear in people with reports of the banned currency even being destroyed.

Make in India reports on textiles, telecom, auto sectors out