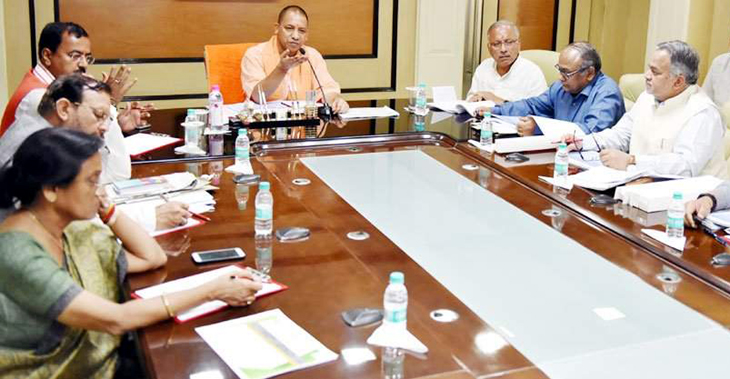 Lucknow, 4 April 2017 : The Uttar Pradesh government on Tuesday cleared a Rs 36,359-crore proposal allowing waiver of loans for marginal and small farmers of the state.

The decision was taken at the first cabinet meeting of the BJP government, presided over by Chief Minister Yogi Adityanath.

Briefing the media after the meeting, Health Minister Siddharth Nath Singh said that with this, the promise made by Prime Minister Narendra Modi and Bharatiya Janata Party President Amit Shah, during assembly polls to farmers of the state, has been fulfilled.

The waiver by the state government applies to loans taken by these farmers against seeds for wheat and paddy crops, besides pesticides and fertilisers.

In all, the amount which is being waived comes to a total of Rs 30,729 crore, the minister said. The waiver would apply to loan amounts of Rs 1 lakh.

Singh also said that there were around seven lakh farmers who defaulted on loans taken and now bore the non-performing asset tag. The government has also decided to write off all their loans, amounting to Rs 5,630 crore.

In all, the loan waiver amount cleared by the state cabinet is to the tune of Rs 36,359 crore, he said.

Singh noted that since the state was bound by the law on fiscal discipline which puts a condition to cap fiscal deficit to under 3 per cent of the GDP, the state would raise funds for the loan waiver through a ‘Kisan Relief Bond’.

Modalities of this bond are being worked out and it would be cleared during the forthcoming budget session of the state assembly, he added. The loan waiver would apply to all banks, including cooperative banks.

Other sops extended to the farmers of the state include enhancing the target of wheat purchase in the first phase to 80 lakh tonnes, opening up of 5,000 wheat purchase centres and giving of Rs 10 per quintal against carrying and stocking charges over the Rs 1,625 minimum support price.