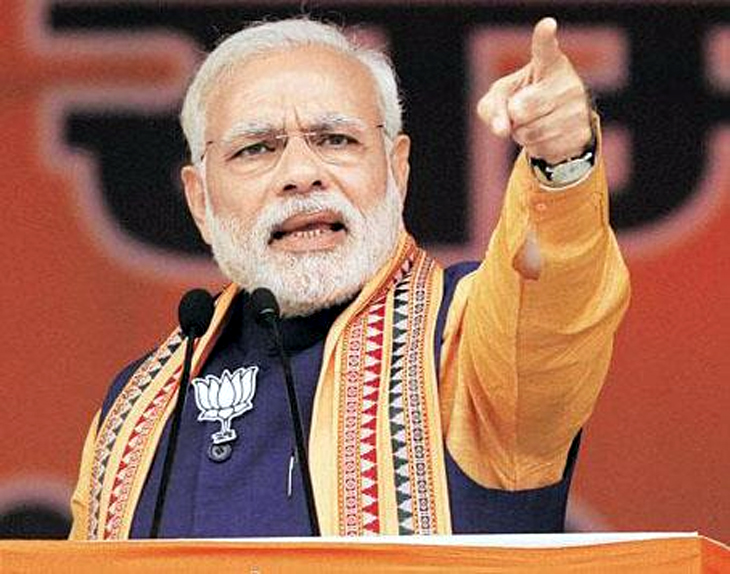 Lucknow, 2 Jan 2017 : Accusing the Samajwadi Party and BSP of doing politics at the cost of development, Prime Minister Narendra Modi on Monday urged the people of Uttar Pradesh to vote for the BJP to change the state’s fortunes.

Addressing a huge rally here, Modi said it was imperative for Uttar Pradesh to develop for India to progress in every sense.

“We want India to march ahead, want poverty to be eliminated, illiteracy to end, diseases to end. But all these dreams will be fulfilled only when the fortune of UP is changed,” he said.

“It pains me when I see how governments in the state have been functioning. Even for building a road, they first measure political considerations.

“Development is not their preference. They only know petty politics,” he said, targeting the Samajwadi Party and the Bahujan Samaj Party which have ruled the state for the last 14 years.

“The Centre in the last two and half years provided Rs 2.5 lakh crore to the state. Had this money been properly utilized, UP’s condition wouldn’t be like it is now,” he said.