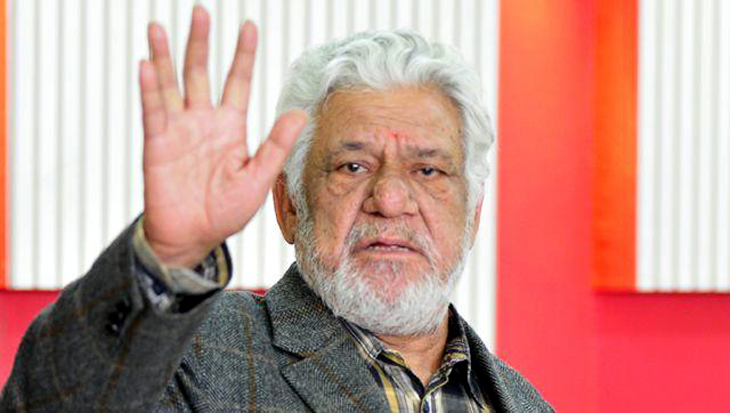 Mumbai, 6 Jan 2017 : Veteran Indian actor Om Puri died on Friday morning of a heart attack at his residence here, a family friend said. He was 66.

Filmmaker Vivek Agnihotri, who was going to direct the actor in his new movie, told IANS over phone: “It is a very sad news. Om Puriji passed away after a heart attack today morning. He was at his home.”

“His body of work in the Indian film industry has been tremendous across the commercial and parallel genres. We’ve lost a great talent.”

Actor Anupam Kher, a close friend of Om Puri, said he had spoken to him just two days ago, and the disheartening news of his demise was broken to him by filmmaker Ashoke Pandit.

Kher described Om Puri as a “kind and generous” person, who spent four decades in showbiz with an undying passion towards his craft.

Note ban can cut growth by 1 or 2 per cent: Montek