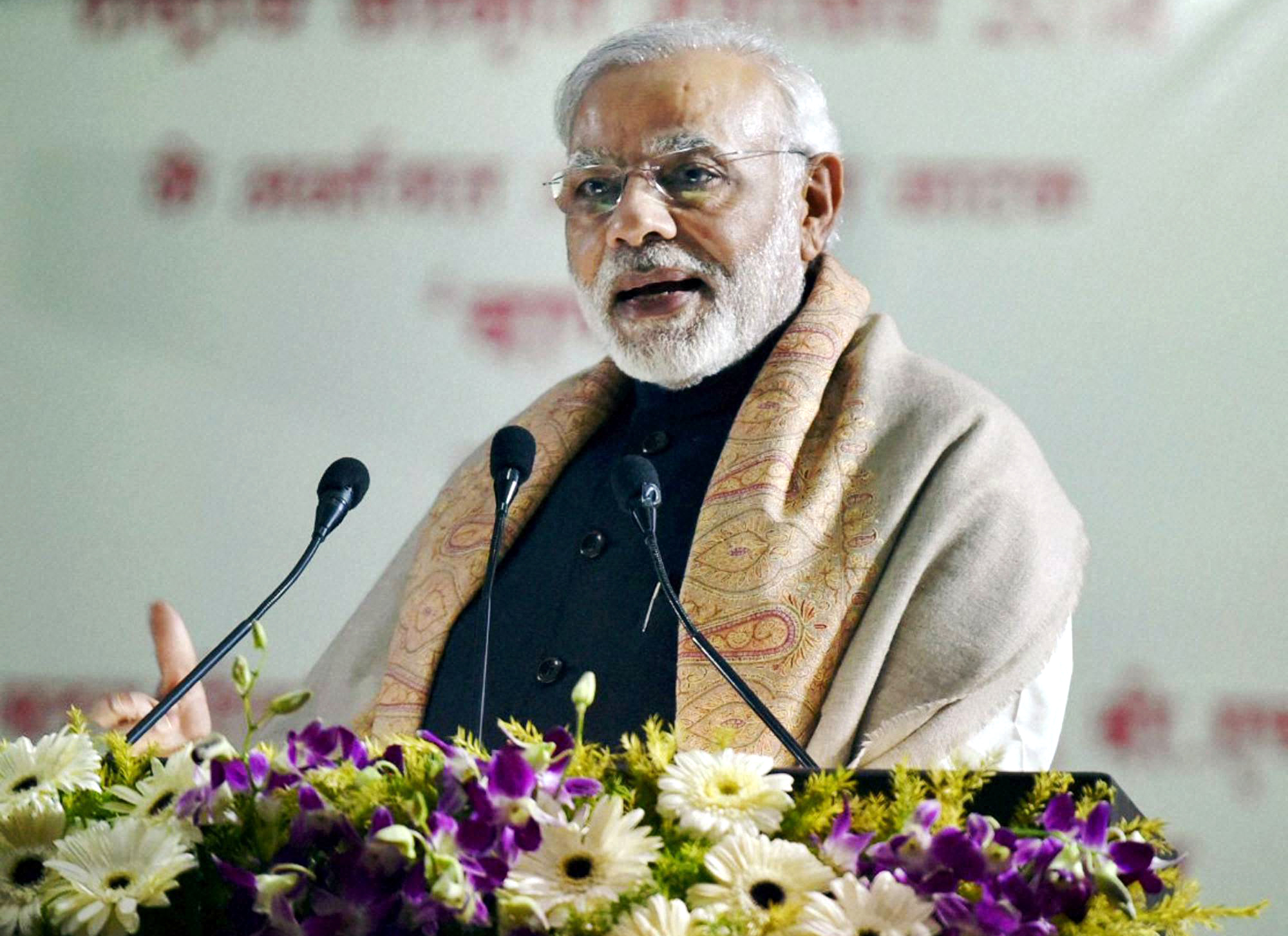 Varanasi, 22 Dec 2016 : A day after Rahul Gandhi hurled corruption charges, Prime Minister Narendra Modi on Thursday made fun of him, asking where was the “earthquake” the Congress leader had threatened.

“There is a youth leader in the Congress who has just learnt to speak. I am glad he has started to speak now,” the Prime Minister said at an event at the Banaras Hindu University (BHU), triggering loud cheers.

“In 2009, it was very difficult to find out what was inside this packet. Good he has started speaking. And there was no possibility of any earthquake.

“Had he not spoken, the county would have faced a big earthquake. And the country could not have recovered for 10 years,” Modi said sarcastically in his Lok Sabha constituency.

Gandhi had threatened to make damning disclosures against Modi. On Wednesday, he said in Gujarat that Income Tax documents showed Modi had taken kickbacks from corporate houses when he was the Chief Minister.

Later, at another event after inaugurating a super speciality 150-bed hospital, Modi likened the attack on his government over demonetisation to the cover fire given by the Pakistan Army to help terrorists to sneak into India.

“After all the ‘too-too-main-main’ in Parliament recently, I often wondered why all this for until I realised this was being done to provide cover fire to protect some corrupt people,” he said.

“Never had I anticipated such stiff opposition over demonetisation when I was planning the move,” he added.

The Prime Minister’s onsalaught came after virtually the entire winter session of Parliament was washed out over demonetisation of high value currency that has led to an unprecedented cash crunch in the country.

He alleged that some politicians and political parties were siding with the corrupt and those hoarding black money.

The Prime Minister is on a day-long trip to Varanasi where he is to lay foundation stones of several projects and address Bharatiya Janata Party activists.

Modi did not spare former Prime Minister Manmohan Singh and former Finance Minister P. Chidambaram either. Like Gandhi, both have denounced the scrapping of Rs 500 and Rs 1,000 notes.

About Manmohan Singh, Modi said: “When I spoke about cashless economy, he said how can this technology function where 50 per cent people are poor.

“Now, tell me whether he is giving his own report card or mine? Whose legacy am I bearing now?”

In similar vein, Modi attacked Chidambaram: “He said in a country where there is no electricity in 50 per cent of the villages, how can you implement cashless economy.

“I want to ask if he is talking about his report card or mine?”

Meanwhile, five youths were detained at the Sigra police station in Varanasi after officials suspected they were heading to the Prime Minister’s event to show black flags to him.

Rahul said, Modi JI Did you indulge in corruption or not?