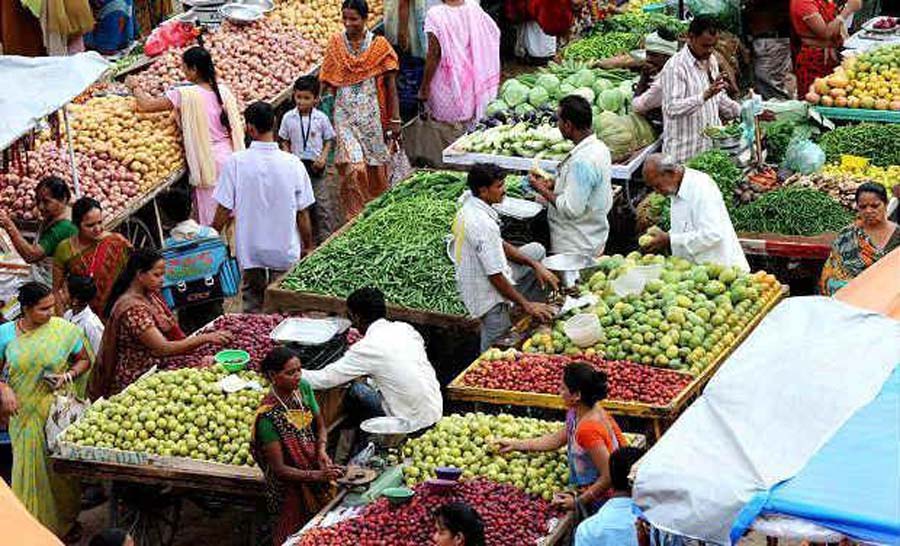 New Delhi: Wholesale inflation soared toa 23-month high of 3.55 per cent in July as vegetables, pulses and sugar turned costlier. The wholesale price-based inflation, reflecting the annual rate of price rise, in June stood at 1.62 per cent. In July 2015, WPI inflation was (-)4.00 per cent. The wholesale inflation last witnessed at a higher level than the July 2016 was in August 2014 at 3.74 per cent. Wholesale price index (WPI) inflation in vegetables shot up by 28.05 per cent in July, while that in pulses rose 35.76 per cent. Potato, a daily consumable vegetable, saw the price rise during the month at 58.78 per cent. Among others, the rate of inflation in sugar was at 32.33 per cent and that for fruits rose by 17.30 per cent during the month. Overall the food inflation basket showed double digit inflation of 11.82 per cent, according to the Commerce Ministry data.