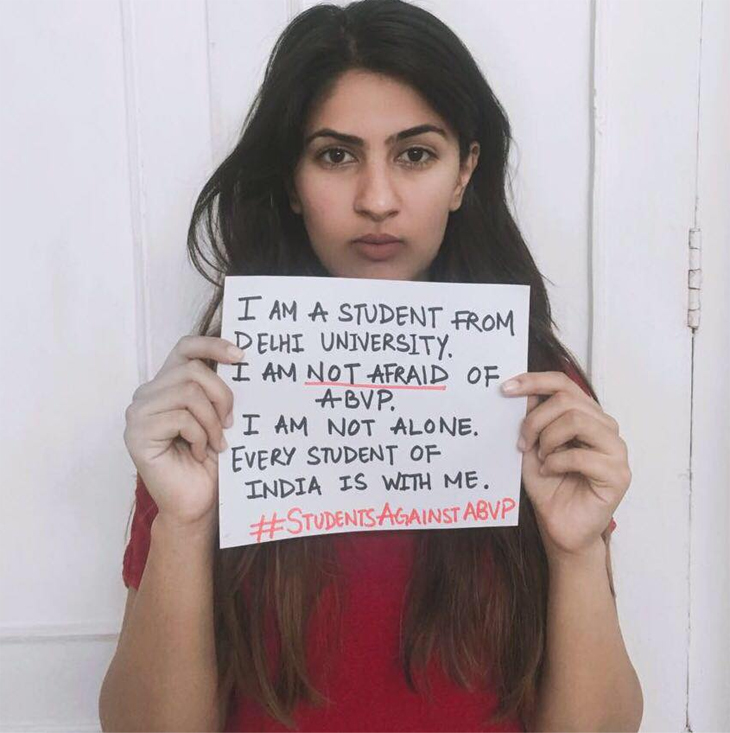 New Delhi, 27 Feb 2017 : A Delhi University student who got rape and death threats after taking on the ABVP said on Monday that women cannot be threatened with rape.

And “those calling me anti-national don’t know nationalism,” Gurmehar Kaur told the media after lodging a complaint to the Delhi Commission for Women (DCW) about the online threats. “It doesn’t matter what organisation it (threat) comes from. Campuses are supposed to be safe from any kind of threat. No organisation can threaten women with rape. That cannot happen.

“This movement is not for anybody. It is a students’ movement. It is for the students so that our campuses are safe.”

Kaur launched an online campaign against the Akhil Bharatiya Vidhyarthi Parishad, the student wing of the RSS, following the violence at Delhi University’s Ramjas College.

In no time, she got death threats — and was threatened with rape too. Kaur said she and other students would hold a protest march on Tuesday. “Because this is what will decide the future of our universities. We don’t want any hooliganism in this country.”