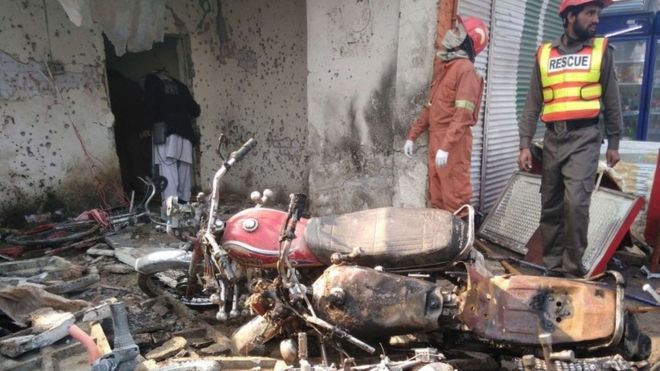 Islamabad, 01 Nov 2016 : At least 10 people were killed and over 50 injured on Tuesday in a series of explosions during the cleaning of an unused oil tanker at the Balochistan port in Pakistan, the media reported.

The incident occurred at the Gaddani ship-breaking yard in the country’s biggest province.

Several labourers were on the ship at the time of the blasts. Rescue work was on.

The Gaddani ship-breaking yard is the world’s third largest. The yard consists of 132 ship-breaking plots located across a 10 km long beachfront at Gaddani.

More than 15,000 workers are directly employed at the yard while another two million earn their livelihood indirectly from the work.

Related Topics:10 dieexplosionpakistan
Up Next