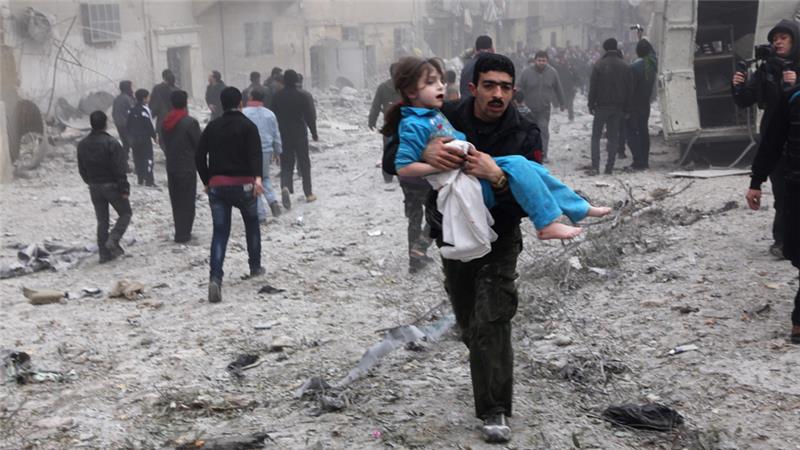 Moscow, 19 Nov 2016 : At least 27 civilians were killed by Syrian opposition forces as they dispersed two demonstrations in rebel-controlled Aleppo, a Russian official said on Saturday.

Around 200 residents of the Sakhour neighbourhood reportedly tried to leave the part of the city controlled by the rebel militias and enter the area under the control of government troops on Friday, Efe news quoted Russian Defence Ministry spokesman General Igor Konashenkov as saying.

He said militias in the adjacent Haidariya neighbourhood opened fire on the demonstrators without prior warning.

At least 17 people were killed at the site, including two teenagers, and 40 others were wounded.

Related Topics:27 civilians killedCivilianskilledMoscowSyria
Up Next