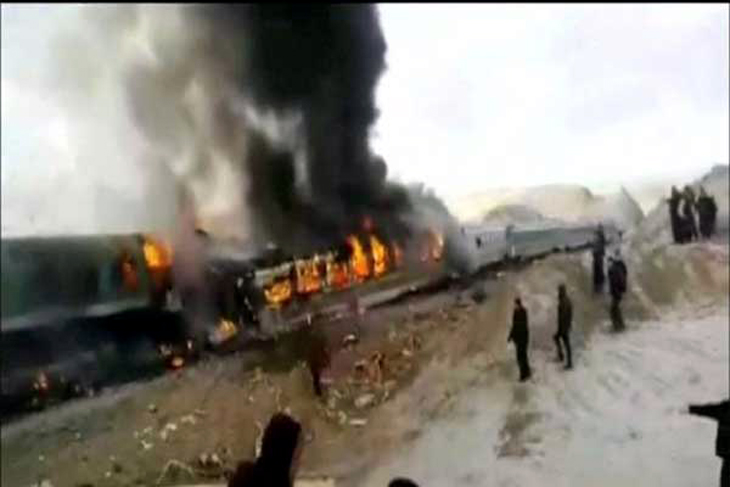 At least 36 people were killed and 95 injured when two Iranian passenger trains collided near the city of Shahroud, about 400 km (250 miles) east of Tehran, state television reported. It said the death toll was likely to rise.

Video footage showed four derailed carriages, two of them on fire. A spokesman for Iran’s Red Crescent, Mostafa Mortazavi, told the semi-official Fars news agency that firefighters were trying to control the blaze.

It was not clear how many passengers had been on the trains but Fars said 100 had been rescued.

It said a train entering the Haft-Khan station on the outskirts of Shahroud appeared to have hit one that was waiting there. Khabbaz said the stationary train had been standing on a main line outside the station.

A local official told state TV that the remote location of the crash had slowed rescue efforts. “So far only one helicopter has reached the scene because of access difficulties,” said local Red Crescent chief Hasan Shokrollahi.