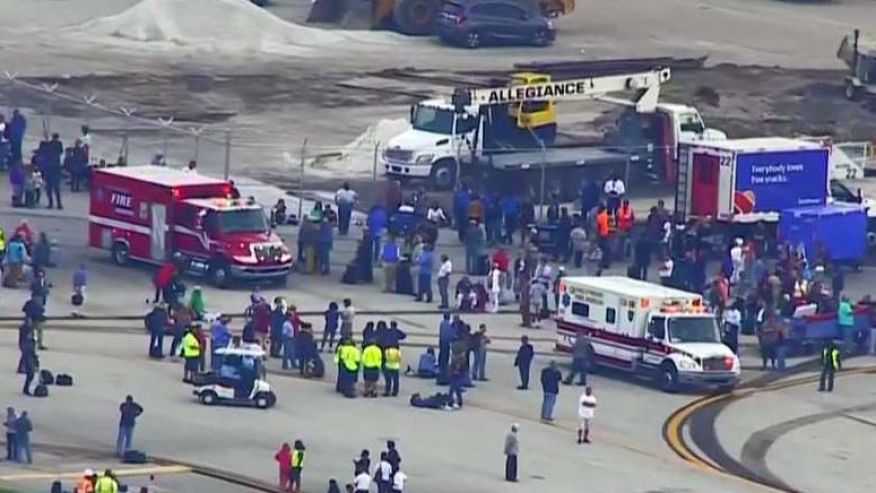 Washington, 7 Jan 2017 : At least five persons were killed after a gunman opened fire at the Fort Lauderdale-Hollywood International Airport in Florida on Friday, officials said.

The shooter has been taken into custody. The motive for the attack is yet to be known, according to law enforcement officials, CNBC reported.

All flights were grounded and additional areas of the airport were being evacuated.

The Broward County sheriff’s office tweeted that there were unconfirmed reports of additional shots fired on airport property and it was conducting an active search.

Trump tweeted: “Monitoring the terrible situation in Florida. Just spoke to Governor Scott. Thoughts and prayers for all. Stay safe!”

“Our thoughts and prayers are with the victims, their families and our first responders in Fort Lauderdale, FL,” Pence wrote on Twitter.

The Transportation Security Administration warned people at the Fort Lauderdale Airport to shelter in place and described it as an active shooter situation.

The airport tweeted the shooting, in which five persons lost lives, took place at the Terminal 2 baggage claim area in the lower level. It said the airport would be closed for an extended period of time.

Hundreds of passengers and airport workers could be seen gathering and evacuating via the tarmac.

The airport has four terminals and serves more than 73,000 travellers every day. It ranks 21st in the US in total passenger traffic, with more than 650 commercial flights a day.

AgustaWestland: Fresh NBW against James, summons to 3 others