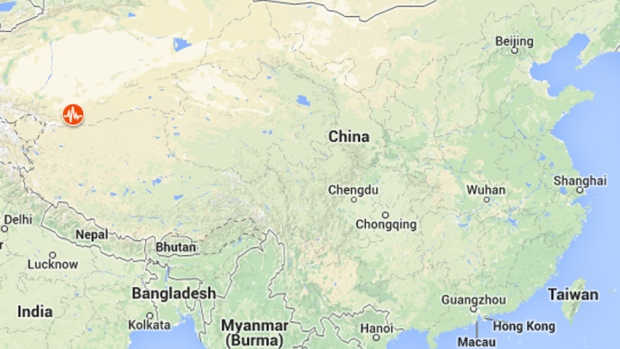 Beijing, 25 Nov 2016 : A 6.7-magnitude earthquake jolted Akto County in Xinjiang province at 10.24 p.m. (Beijing Time) on Friday, local authorities said adding that there were no casualties.

According to the China Earthquake Networks Centre, the quake struck at a depth of 10 km with its epicentre located at 39.27 degrees north latitude and 74.04 degrees east longitude, Xinhua news agency reported.

The Akto county government said the epicentre is in cold highland areas that are sparsely populated.

Local officials reached a village near the epicentre, which has about 80 households. Damaged houses and dead livestock were found, but no people were injured.

Statistics show that 83 earthquakes of magnitude 4 or over have occurred within 200 km of the epicentre in the past five years, with the largest recorded on December 7, 2015, when a 7.4-magnitude quake jolted Tajikistan.