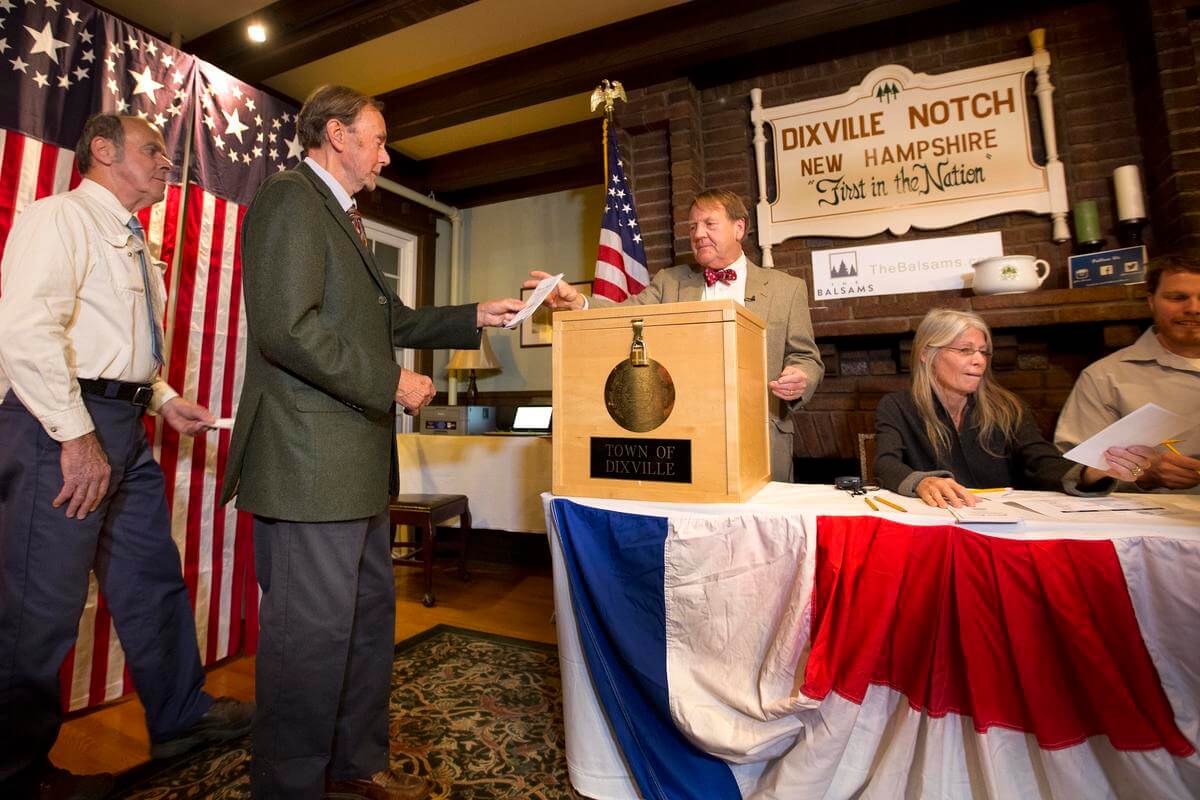 Washington, 08 Nov 2016 : Democratic nominee Hillary Clinton on Tuesday beat Republican rival Donald Trump in Dixville Notch, a small town in New Hampshire that traditionally votes just after midnight before the Presidential election balloting starts elsewhere in the US later in the day. The small community — with a registered population of 12 in the 2010 census — is known for its tradition of casting ballots shortly after midnight on Election Day while gathered in a single ballroom. The tradition dates back to 1960, when the town cast its nine votes for Richard Nixon’s presidential bid.

Dixville Notch had seen a tie in 2012, with Romney and Democratic incumbent Barack Obama each receiving five votes. In 2008, Obama was the first Democrat ever to win the hamlet, collecting 15 votes.

In the slightly larger burg of Hart’s Location, Clinton won with 17 votes to Trump’s 14 and in Millsfield, Trump won decisively, 16-4.

Tom Tillotson, whose father Neil Tillotson started the midnight voting tradition in the town in 1960, moderated the voting on Tuesday.

He told Xinhua news agency that the ballot booths — just small cubicles — were not enough for all the six voters and two of them had to mark their ballots at a writing desk nearby.

“We have to carry on the tradition,” said Tillotson.