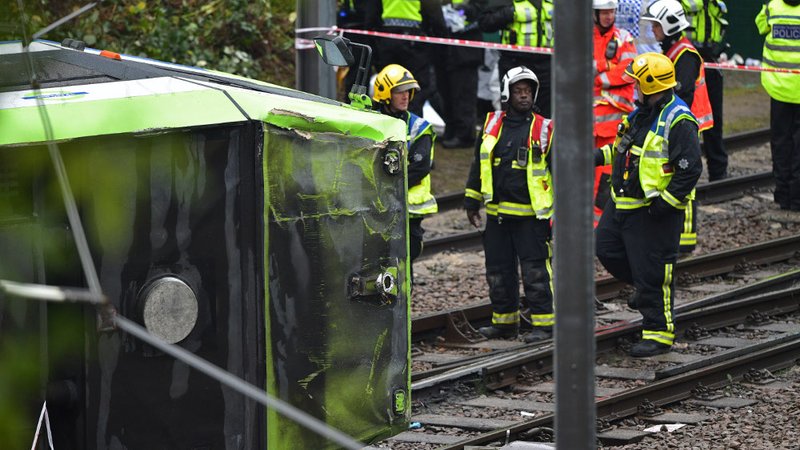 London, 09 Nov 2016 : At least five persons were killed and dozens more injured as a tram overturned in south London on Wednesday, media reported.

The British Transport Police said in a statement: “We continue to work alongside our partners at the scene of a major incident in Croydon.”

“We were called at 06.13 a.m. after a tram derailed near Sandilands tram stop,” the statement added, Xinhua news agency reported.

“At present, we can confirm five persons have sadly died following this incident,” said the statement.

More than 50 others have been taken to hospital with injuries, according to the statement.

Officers are continuing to work at the scene and Rail Accident Investigation Bureau is investigating what caused the derailment.

“One person has been arrested in connection with the incident and is currently in police custody,” the statement added.