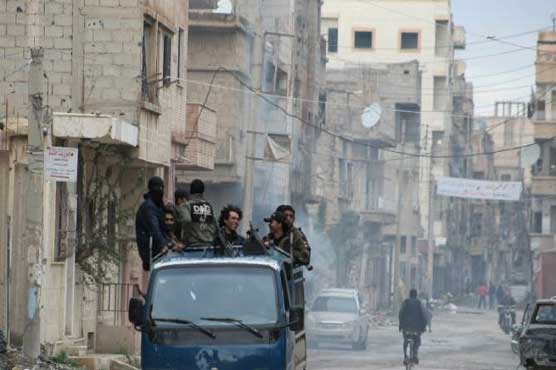 Damascus, 26 Dec 2016  : At least 30 civilians who made an attempt to escape from Syria’s al-Bab were killed by the Islamic State militant group, Turkish military said on Monday.

The IS has been threatening civilians in al-Bab and trying to push them to stay in the city where the roads and streets have been blocked by the terror group, Xinhua news agency reported.

Meanwhile, a Turkish soldier who was injured in al-Bab during a clash with the IS, died on Monday.

At least 16 Turkish soldiers were killed in an IS attack on December 21 in al-Bab as Turkish troops and Ankara-backed Syrian rebels battle to take the town from jihadists, Turkish Defence Minister Fikri Isik said.

According to Isik, three Turkish soldiers were also abducted by the IS in northern Syria.

Turkey lists the YPG and the PYD as terrorist organisations due to their links to the PKK.