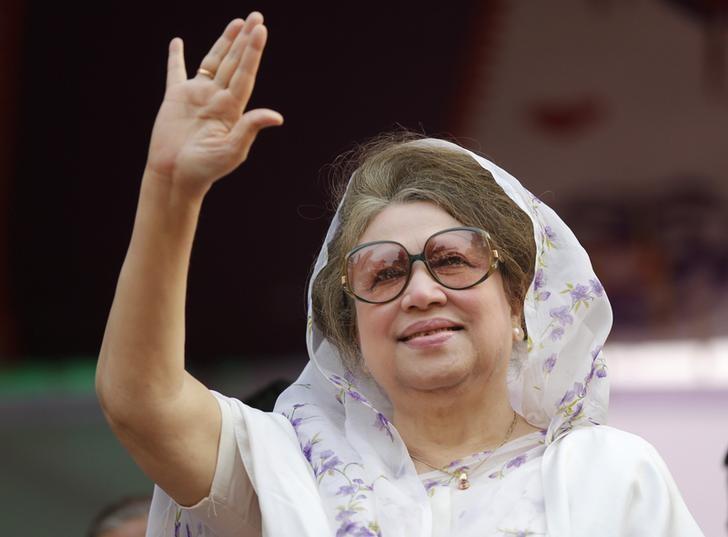 Dhaka, 1 Dec 2016 : A court in Dhaka on Thursday ordered ex-Prime Minister Khaleda Zia to appear before it on January 9.

In line with the order issued by Judge Kamrul Hossain Mollah of Metropolitan Sessions Judges Court, Zia’s bail will be cancelled if she fails to appear before the court on that day, Xinhua reported.

Zainul Abedin Meshbah, a counsel for Khaleda, told reporters that December 1 was fixed for framing charges against Zia, also chairperson of the opposition Bangladesh Nationalist Party (BNP), in nine cases filed under explosives control act and special powers act and one for treason.

“Madam (Khaleda Zia) could not attend the court in these cases as she had to appear before another court today,” said Mesbah.

Against this backdrop, Judge Hossain ordered Zia to appear before the court on January 9.

Zia and five others, including her elder son Tarique Rahman, were accused of embezzling over 20 million taka ($253,164) from an orphanage trust during her 2001-2006 tenure.

In 2011, the anti-graft body sued Khaleda and three others for pocketing 31.5 million taka ($397,435) of the Zia Charitable Trust in the name of her late husband, former President Ziaur Rahman.

Related Topics:DhakaKhaleda Zia
Up Next

Rajya Sabha adjourned for the day amid ruckus over demonetisation

People’s problems only for one or two quarters: Jaitley