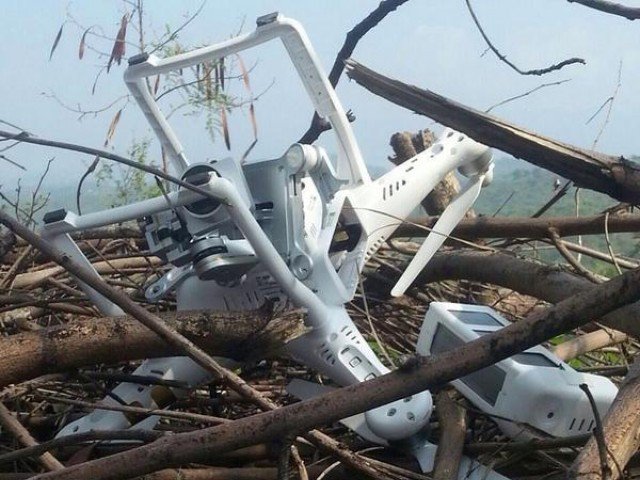 Islamabad, 19 Nov 2016 : Pakistan on Saturday said it has shot down an unmanned Indian drone near the Line of Control.

Inter-Services Public Relations, the military’s media wing, chief Lt Gen Asim Bajwa tweeted that an “Indian quadcopter” was shot down at 4.45 p.m. Pakistan time, by the troops at Aagahi post in Rakhchakri sector.

He said the Indian quadcopter had violated Pakistani airspace and came 60 metres inside the territory after which it was targeted by Pakistani troops, Geo News reported.

Bajwa said that it fell near Agahi post and was picked up by Pakistani troops.

Last year in July, the Pakistan military shot down an Indian ‘spy drone’ which violated the Pakistan air space along the LoC in Bhimber, Pakistan-administered Kashmir.

On Friday, Pakistan said its navy had chased away an Indian submarine that had neared its territorial waters, a claim that India rejected.

On Wednesday, Pakistan said that its Army killed 11 Indian soldiers as retaliation for the killing of seven of its soldiers earlier in the week.