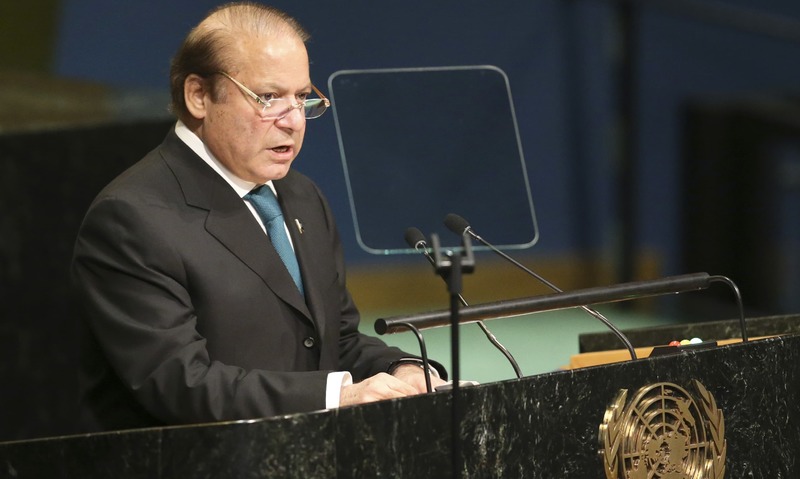 Islamabad : Islamabad wants peace in the region but “we will not allow anyone to cast an evil eye on Pakistan”, Prime Minister Nawaz Sharif said on Friday.

Radio Pakistan quoted Sharif as making these comments at a cabinet meeting held to discuss the latest situation on the Line of Control (LoC) and in Jammu and Kashmir.

Sharif said Pakistan wanted peace to pursue its development agenda “but every Pakistani is ready to defend the motherland”.

The entire country stood shoulder to shoulder with the armed forces and “we will not allow anyone to cast an evil eye on Pakistan”, the Prime Minister added.

Pakistan, he said, desired peace to make economic progress and to battle poverty and unemployment.

But Sharif insisted that Kashmir — Pakistan holds the northern third of the divided state and India the southern two-thirds — was an “unfinished agenda of the partition of the sub-continent”.

He said New Delhi’s “continued brutalities” in Jammu and Kashmir was unacceptable to Pakistan.

Sharif’s comments came a day after India said it had carried out surgical strikes on terrorist launch pads across the Line of Control (LoC).