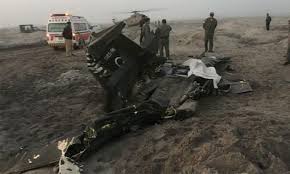 Islamabad, Oct 18, 2016 : A pilot was killed when a Pakistan Air Force jet crashed during a training mission in Karachi on Tuesday.

A huge explosion was heard as the Mirage aircraft went down in Musharraf Colony, Dunya news reported.

PAF spokesman Squadron Leader Baqir Ali said the aircraft took off from the Masroor Air Base in Karachi.

“No loss of civilian life and property has been reported on ground,” a PAF statement said.

“A board of inquiry has been ordered by Air Headquarters to determine the cause of the accident,” it said.