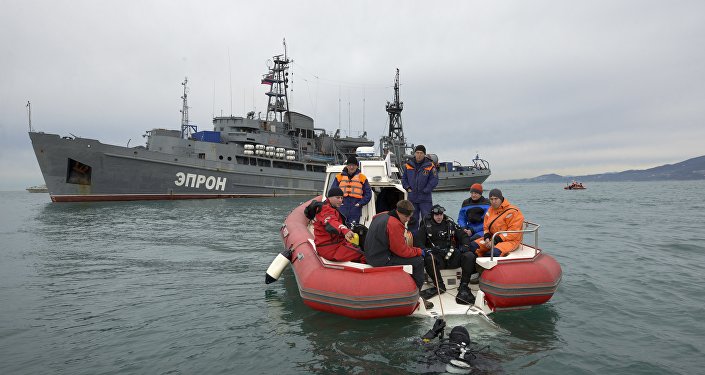 Moscow, 28 Dec 2016 : Divers have recovered the second flight recorder of the Russian military Tu-154 plane that crashed into the Black Sea on December 25, the Russian Defence Ministry said on Wednesday.

On Tuesday, the main flight recorder of the ill-fated plane was recovered and brought to the Central Research Institute of the Air Force near here for decoding, Xinhua news agency reported.

So far, no official reason behind the tragedy that killed 92 people on board has been announced.

Russia’s Federal Security Service said the investigators were considering a pilot error, a technical fault, bad fuel and a foreign object in the engine as the main possible causes of the crash.

Divers have recovered 15 bodies and 239 body parts by Wednesday, the ministry said, adding that 13 bodies and 168 body parts were sent to Moscow for identifications.

Since the start of the search operation, 12 large plane fragments and 1,547 small fragments have been found, the ministry said.

The search operation in the area of the crash continued on Wednesday, involving 45 ships, 15 submersibles, 12 planes, five helicopters and several drones.

Over 3,500 people, including 192 divers, are currently participating in the operation, according to the ministry.

The Tu-154, en route to Russia’s Hmeimin air base in the Syrian port city of Latakia, crashed shortly after takeoff from the Black Sea resort city of Sochi.

RJD protests against demonetisation across Bihar