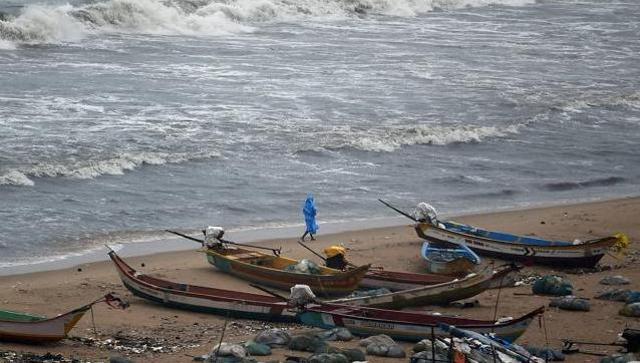 Colombo, 21 Nov 2016 : At least 11 Indian fishermen along with their trawlers have been detained by the Sri Lankan Navy, the military here said today.

The fishermen from Tamil Nadu were arrested yesterday while fishing near Sri Lanka’s Neduntheevu island.

They were found illegally fishing in Sri Lankan waters northwest off the coast of Jaffna’s Delft islet, the navy said.

Around 3,500 fishermen in 634 boats had put out to sea from Rameswaram last night.

The Sri Lankan naval men also chased away hundreds of other fishermen by allegedly pelting bottles and stones and warning through public address system, they said.

On November 4, India and Sri Lanka decided to set up a Joint Working Group (JWG) on Fisheries to meet every three months and hold a meeting between the Ministers for Fisheries every six months during extensive ministerial-level talks in New Delhi on possible mechanisms to find a permanent solution to the emotive issue of fishermen.

Related Topics:ArrestsColomboFishermenNavySri Lankan
Up Next