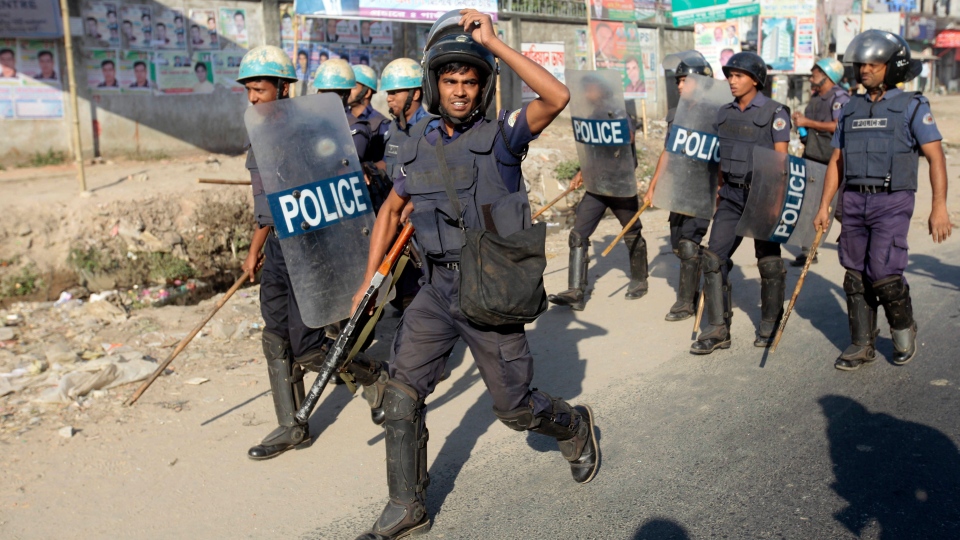 Dhaka, 21 Dec 2016 : Hundreds of paramilitary troops were on Wednesday deployed in a key apparel industrial zone near here as thousands of workers demonstrated demanding a hike in minimum monthly wage.

“Fifteen platoons of BGB have been deployed at different strategic points in Ashulia to thwart any untoward incident,” Xinhua news agency quoted an official of Border Guard Bangladesh as saying.

The apex body of Bangladesh’s woven garment manufacturers on Tuesday announced in was closing down dozens of Ashulia factories for an indefinite period effective Wednesday following workers’ unrest over wage hike.

Bangladesh Garment Manufacturers and Exporters Association President Siddiqur Rahman said they had to shut down 55 factories as workers abstained from work for the last couple of days.

Like the last couple of days, workers in Ashulia took to the streets and clashed for some time with the law enforcers, demanding minimum basic wage of 10,000 taka.

The last minimum wage was set at 5,300 taka increasing by 77 per cent in 2013 after a Bangladeshi government board recommended the same for the country’s four million-odd garment workers. ($1 equals about 82 taka).

Sources said the Bangladeshi government is in talks with relevant stakeholders, including factory owners, on a new minimum wage.