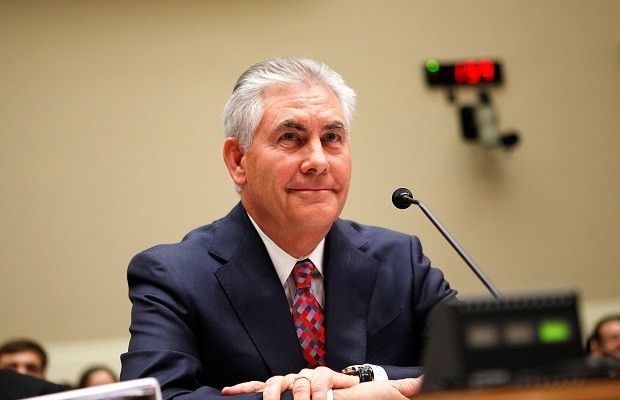 New York, 13 Dec 2016 : Like Nikki Haley, whom Trump nominated to the cabinet-level position of Ambassador to the United Nations, Tillerson does not have any diplomatic experience or involvement in foreign affairs at the government or academic level.

The announcement finally brought to an end his public and chaotic deliberations over choosing the nation’s top diplomat, with his choices, according to the New York Times, veering from Rudolph Giuliani, one of his most loyal supporters, to musing about whether Mitt Romney, one of his most vicious critics, might be forgiven.

Romney, Petraeus and Corker all received calls late Monday informing them of Trump’s decision, according to people familiar with the final choice.

Trump teased his imminent announcement of Tillerson on Monday night on Twitter, saying that “I will be making my announcement on the next Secretary of State tomorrow morning.”

The appointment signals the new direction that Trump plans to set for the US, with a focus on trade and commerce and on dealing with the Middle East crisis and terrorism while avoiding direct military involvement.

Tillerson, 64, is from Wichita Falls, Texas, speaks with a strong Texan twang, and runs a company with operations in about 50 countries, cutting deals to expand business in Venezuela, Qatar, Kurdistan and elsewhere.

His nomination is controversial because of his position as the head of the world’s biggest oil company and his business dealings with Russia.

US President-elect Donald Trump on Tuesday appointed Exxon Mobil chairman Rex Tillerson to be the next Secretary of State in a bold move reaching beyond the circle of squabbling politicians and foreign policy pundits.

Announcing Tillerson’s selection Tuesday morning, Trump said: “His tenacity, broad experience and deep understanding of geopolitics make him an excellent choice for Secretary of State. He will promote regional stability and focus on the core national security interests of the United States.”