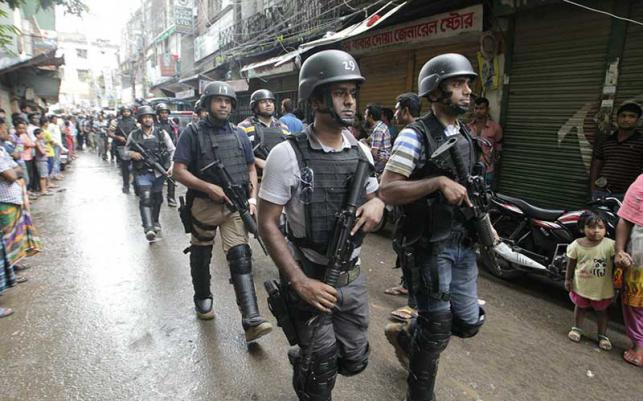 Dhaka, 24 Dec 2016 : Two militants, a female and a boy, were killed in separate suicide blasts when Bangladesh Police raided their hideout here on Saturday.

Home Minister Asaduzzaman Khan Kamal said “the woman and the teenage boy” from Jamaatul Mujahideen Bangladesh blew themselves up despite repeated requests to surrender.

According to the minister, a minor girl also suffered splinter injuries when the woman killed herself.

Earlier in the day, four persons surrendered to Dhaka Police along with a pistol and several bullets.