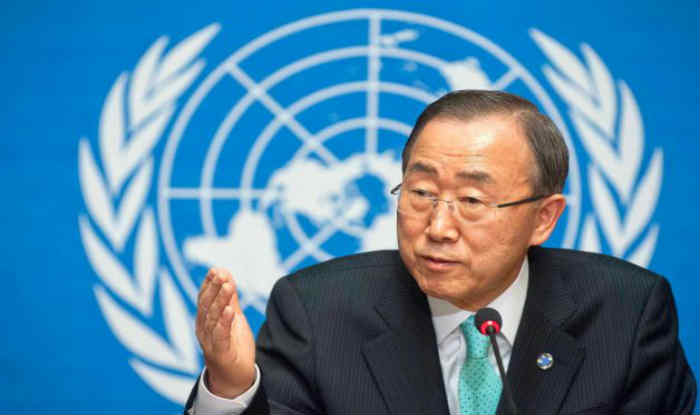 Marrakech, 15 Nov 2016 : United Nations Secretary General Ban ki-Moon on Tuesday said he is confident that US President-elect Donald Trump would distance himself from his election campaign attack against the Paris Climate Change Agreement, signed by 109 countries, and would address global climate change issues during his presidency.

He said the Paris agreement, which came into an international law on November 4, is unstoppable now.

“As you may know, I spoke to Mr Trump, discussed many issues on peace, security and climate change. I remained very optimistic that Mr Trump will understand the 1importance of maintaining the historic agreement,” Ban told reporters here.

He said the Paris agreement has come into force in a record time and it has never happened in history that any (global) pact has entered into force in such a short time.

“So it (the Paris agreement) has established a larger impact… now it has become unstoppable,” said an optimistic Secretary General, who is going to demit office in just one and a half months after a 10-year-long tenure.

“I am too much optimistic about the Paris agreement continuation,” Ban told this correspondent to a query.

He said the global business communities and the civil society members are fully on board and committed to the Paris agreement.

Ban, who was attending his last UN climate conference as Secretary General, was here to attend the 22nd Conference of Parties (COP22) conference.

He said now the Paris agreement has come into force, it is the time to translate words into effective policies and actions, and that he would discuss the impacts of climate change with Trump more in detail personally.

“I am sure that he will understand the whole importance and seriousness and urgency.”

Batting for the continuation of the Paris agreement by the next UN Secretary General too, he said more than 3,000 scientists talked about the impact of climate change in the future.

“We don’t have planet B. We have to live in this planet and there should be urgency of addressing climate change,” he added.

Pak cant be bullied, capable of defending itself : Nawaz