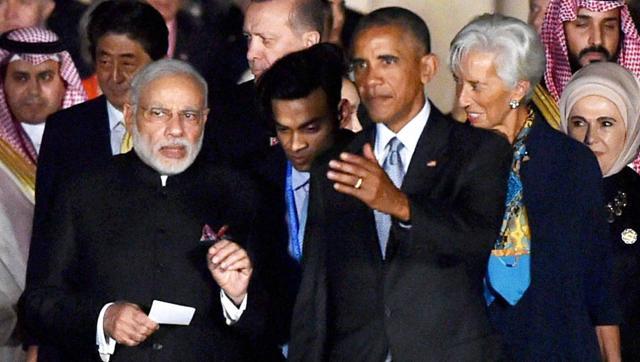 Washington : The US has reiterated that it wants accountability from Pakistanon the 2008 Mumbaiterror attacks that left 166 people dead, but ruled out sanctions on the South Asian country for failing to weed out terrorists.

“We want to see accountability and justice in the case of the Mumbaiattacks… there were American citizens who lost their lives in those attacks,” US State Department deputy spokesperson Mark Toner said in a daily press briefing on Monday.
Toner made the remarks in response to a question about Secretary of State John Kerry’s mentioning about US’ efforts to bring to justice the perpetrators behind the attacks in which 10 terrorists targeted numerous sites in Mumbai.

Kerry was in New Delhi to attend the Second India-US Strategic and Commercial Dialogue on August 30.

According to Toner, the US has “long encouraged and pushed for greater counter-terrorism cooperation and the sharing of intelligence between India and Pakistan” in regards with the attacks, believed to be carried out by Pakistan-based terrorist organisation Lashkar-e-Taiba.

“That continues; those efforts continue. As I said, we want to see full accountability for these terrible attacks.”

However, Toner also said the US was not considering sanctions on Islamabad and that Washington had “very frank conversations with Pakistan… about the need to take more efforts on all the terrorist groups… operating from within Pakistani soil”.

“Well, again, you’re asking me — and the question was whether we’re looking at sanctioning Pakistan. No… we’re working with Pakistan, we’re making our concerns clear that they need to go after all the terrorist groups,” he said.

“We have seen some efforts to make progress in that regard. We’re going to continue to have those conversations with them as we move forward,” Toner said.

Ajmal Kasab, one of the 10 terrorists, who carried out the four-day attacks starting from November 26 in 2008, was captured alive and put to death under the Indian justice system while the other nine were killed by security forces.

Responding to a question regarding the need to impose sanctions on Pakistan, Toner said: “I don’t think we’re even at that point. We continue to have… conversations with the highest level of the government of Pakistan. And our basic point in all of these conversations is that Pakistanmust target all militant groups, including those that target Pakistan’s neighbours, and eliminate all safe havens.”

“But the suggestion of any kind of sanctions, we’re not there,” he added.

The deputy spokesman was responding to a question about former US Ambassador to the UN and Afghanistan Zalmay Khalilzad’s statement that since Pakistanis not taking enough action against these terrorist network, the US should consider taking some kind of sanctions against Pakistan.

According to Toner, Pakistanhad assured the US of their intentions to target all the militant groups on its soil.

“We’re going to continue to work with them to increase those efforts and apply more pressure on these groups,” he said.

Pakistan, however, maintained that India did not provide sufficient evidence against the terrorists and that any action was possible only after such evidence had been provided “through diplomatic channels”.

On April 9, 2015, the foremost ringleader of the attacks, Zakiur Rehman Lakhvi, was granted bail in Pakistanagainst surety bonds of 200,000 Pakistanrupees ($2,000).